The best way to learn more about alpacas is to visit one or more farms. We'd love to have you schedule a visit. ​

Alpacas are from South America

Alpacas originated in the Andes mountains of Peru, Chile and Bolivia in South America where they now have millions of alpacas. In the United States, we have only a couple hundred thousand alpacas and the national registry is closed to imports in order to protect our market. In the 1980's, the U.S. imported many alpacas in fairly large numbers and then closed the registry to outside imports.

Alpacas are members of the camelid family and thus related to llamas (which are much larger and have banana-shaped ears versus the alpacas' spear-shaped ears, among other differences). Alpacas are also related to other South American ruminants including the guanaco, vicuna, and the camel. ​

There are two types of alpacas that differ in their fleece characteristics. Huacaya alpacas have crimpy fleece that radiates out from their bodies like that of sheep. They represent about 80% of the U.S. alpaca population. Suri alpacas have fleece that hangs in long ropey locks and has a consistency similar to hair. There are fewer suri alpacas than huacaya alpacas in the U.S. They represent approximately 20% of the U.S. alpaca population. Here at Foster's Trail & Alpaca Farm, we raise only huacaya alpacas.

Registered, breeding-quality alpacas cost thousands of dollars each. Remember that their offspring sell for that much, too. That's why breeding them can be so profitable.

Plus...It's all About the Fleece

Alpacas produce large quantities of extraordinarily soft, fine fleece each year that is comparable to cashmere wool. Alpaca fleece is soft, warm and strong, comes in more colors than any other natural fiber and is highly popular with fiber artists including knitters, spinners, weavers, and crocheters. Demand for alpaca is increasing in the fashion industry as well.

We shear the fleece off the alpacas once a year in the spring in a process that causes no harm to the alpaca. Each alpaca produces between two and ten pounds of fleece each year. The fleece is then sorted and can be processed into rovings (for hand-spinners), yarn, blankets, socks and many other fine products. Alpaca wool is a naturally hypo-allergenic, pollution free and sustainable resource.
More Alpaca Products

Alpacas require shelter from the harshest elements, clean water, grass hay or pasture grazing, and grain and mineral supplements that can often be purchased at your local feed store. Shelters can vary from three-sided run-ins to heated barns. Alpacas generally do not greatly challenge their fences, so the fencing requirements will depend on what you need to keep out wildlife or even domestic dogs in your area. Most farms have separately fenced areas to keep the males and females in their own areas.

In addition, alpacas need annual shearing and some need teeth trimming and somewhat more frequent toenail trimming. There are shearers who travel around the country. You can often schedule a "shearing day" at your farm to have all the alpacas sheared at once. Or with a small herd, you can sometimes bring them to a nearby farm for their shearing day.

Full grown alpacas generally weigh between 130 and 210 pounds. Being a fraction of the size of a horse or cow, they eat correspondingly less. Each alpaca eats one or two flakes of hay per day and they have minimal space requirements. The smaller the amount of space per alpaca, the more important it is to clean up poop piles regularly to keep the worm load to a minimum.

​Be sure to check with your local government to see if there are any land-use restrictions in your area before purchasing alpacas for your own farm.​
Learn More 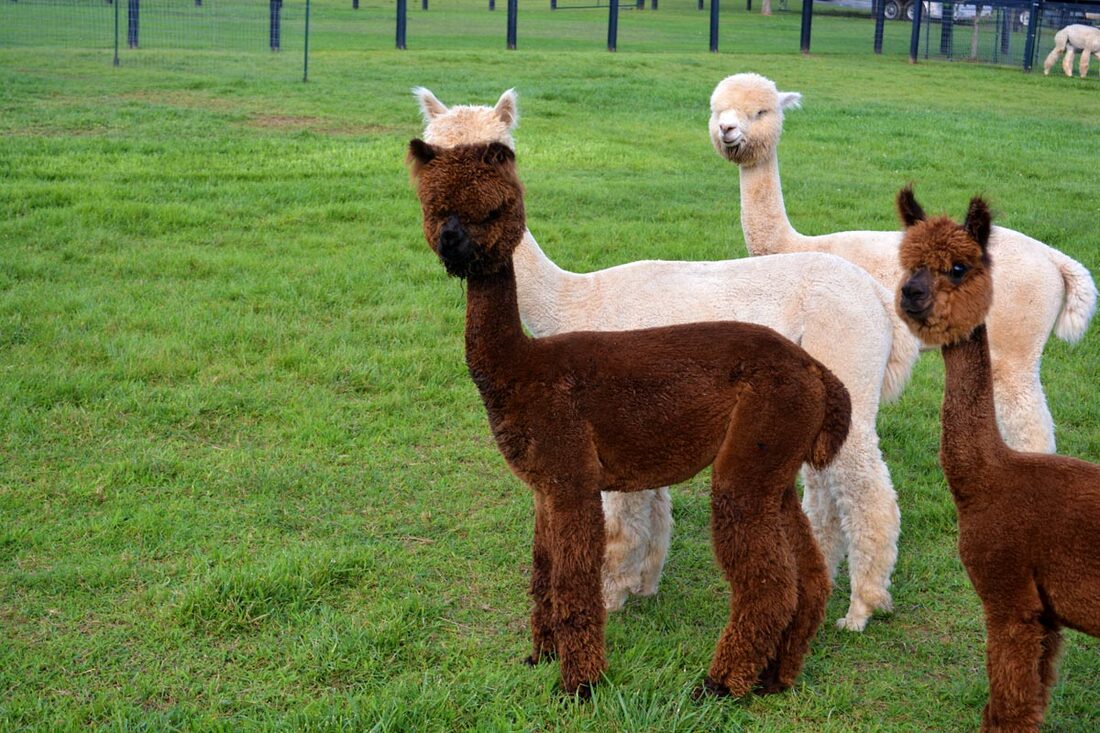